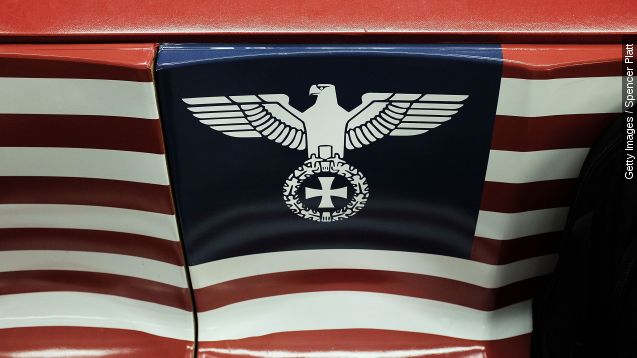 Is it true there's no such thing as bad publicity? We have to wonder whether that was Amazon Studios' stance when it approved an ad campaign that covered a New York City subway car with Nazi and Imperial Japan symbols.

The ads were part of a campaign promoting Amazon's new drama, "The Man in the High Castle." The series is based on a novel that outlines an alternate future in which the Axis powers won World War II. (Video via Amazon Studios)

"There could have been some elderly person who might have been a Holocaust survivor, for example. Just to see that, it's really shocking. And that's not the way to get people to watch a TV show," New York State Rep. Jeffrey Dinowitz told WLNY.

The MTA initially wasn't planning to do anything about the ads. A spokesman said, "The MTA is a government agency and can't accept or reject ads based on how we feel about them."

But some are questioning that statement, saying "feelings" have come in to play in the past. Earlier this year the MTA tried to block ads promoting a documentary called "The Muslims Are Coming!"

The organization thought it had a good chance at banning those ads thanks to a new rule that ended all political-issue ads on transit property. But last month a federal judge ruled that the MTA must display the documentary ads, arguing they're not overtly political.

No word on when the Amazon ads will be removed.