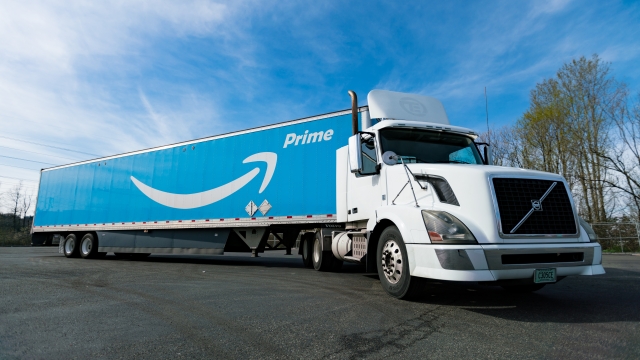 The company says changes in habits because of the coronavirus have caused a sharp increase in online shopping.

Amazon is temporarily prioritizing high-demand products coming into its warehouses in response to the coronavirus outbreak.

There were more than 227,000 confirmed cases of the virus globally early Thursday. Countries around the world have taken drastic measures to stop the spread of the coronavirus, including closing schools, shutting down nonessential businesses and ordering citizens to stay home.

Amazon said in a note to sellers these changes have caused a sharp increase in online shopping. Certain items, like household and medical supplies, have been going out of stock. In response, it says it's not going to accept shipments of most third-party goods to its U.S. and U.K. warehouses and will instead prioritize in-demand products.

Amazon announced Monday it's opening 100,000 new full-time and part-time positions in its fulfillment centers and delivery network to help meet the growing demand.

Potentially complicating the effort: The company confirmed its first case of the virus in its American warehouses. Amazon said Thursday a worker at a Queens, New York, facility tested positive.