Amazon Prime Day Is Here, And We Have All The Details 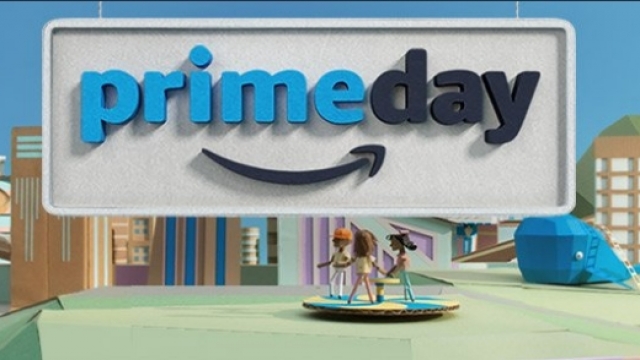 Amazon's Prime Day is finally here. But will it live up to the hype?

The day of deals for Amazon Prime subscribers began at 3 a.m. Eastern time Tuesday in the U.S.

Customers in 10 countries will have a crack at more than 100,000 deals worldwide, according to Amazon.

Some deals will be available all day or until they run out, while "Lightning Deals" will be happening throughout the day, beginning as often as every five minutes.

Amazon says it'll have nearly twice as many TVs as it has on Black Friday and Cyber Monday. You can expect savings on Amazon gadgets like Fire Tablets and Fire TV. The company also promises deals from other retailers, including a 30 percent savings on a Segway miniPro — if that's your thing.

If you can't be glued to your computer or smartphone every second, no worries.

You can set up notifications by searching upcoming deals and selecting "Watch this deal." Just be sure you allow notifications on your smartphone by going into the Amazon app's settings.

Alexa users can save $10 on their first purchase of $20 or more, and you can snag exclusive savings for ordering with your voice.

The company says this will be the "biggest Amazon event ever," but there are skeptics, especially after many customers criticized the selection of deals during Prime Day's inaugural event last year.

No doubt Twitter should give us a good idea of what customers think of this year's Prime Day. It became an outlet for customers to complain about the deals, or lack thereof, last year with the hashtag #PrimeDayFail.

Prime Day comes on the heels of Wal-Mart announcing ShippingPass, its own free two-day shipping subscription service for $49 a year, compared to Amazon's $99 annual fee.

So if you want to score some Prime deals but you're not a member, you can sign up for a 30-day free trial. Just be sure to cancel it before your 30 days are up if you don't want to keep it.