Amazon Pressures The Pack In Survival Of The Fastest Shipper 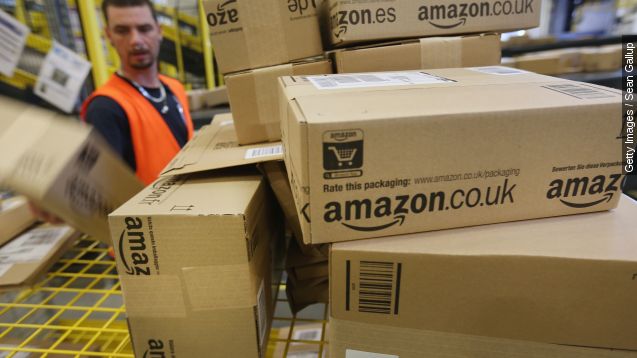 SMS
Amazon Pressures The Pack In Survival Of The Fastest Shipper
By Jay Strubberg
By Jay Strubberg
June 2, 2015
Amazon upped the ante in the speedy delivery market Tuesday, offering free shipping on thousands of items. Its competitors are struggling to catch up.
SHOW TRANSCRIPT

Amazon is taking another leap forward in the highly competitive online free-shipping game.

According to Bloomberg, the e-commerce giant is rolling out free delivery for all customers — not just Prime members — on thousands of small, low-cost, light-weight products such as "makeup, mobile phone accessories, [and] earplugs" with no minimum order amount.

The new initiative comes not even a week after Amazon began offering free same-day delivery to its Amazon Prime members in select cities across the country.

Amazon is the clear front-runner in American e-commerce. And, as more and more players explore this increasingly popular free-and-fast-shipping model, it could become an industry standard.

Last month, Wal-Mart, the world's largest retailer in terms of revenue, said it will test a new speedy shipping service sometime this summer. (Video via Walmart)

The project, dubbed ShippingPass, will be a subscription service with an annual fee of $50 — half of Amazon Prime's $99 annual cost.

And Google has "Google Express," its own subscription-based express shipping service operating in a handful of cities. It pretty much directly competes with Amazon, and its annual membership fee is a few dollars cheaper.

Thing is, Google's service hasn't really garnered the popularity Amazon Prime enjoys, and Wal-Mart is still known primarily as a brick-and-mortar operator, not as an e-commerce player.

And CEO Jeff Bezos and company are not slowing down. Last month, Amazon announced it was hiring 6,000 more workers for fulfillment centers across the country to "meet growing customer demand." (Video via Amazon)