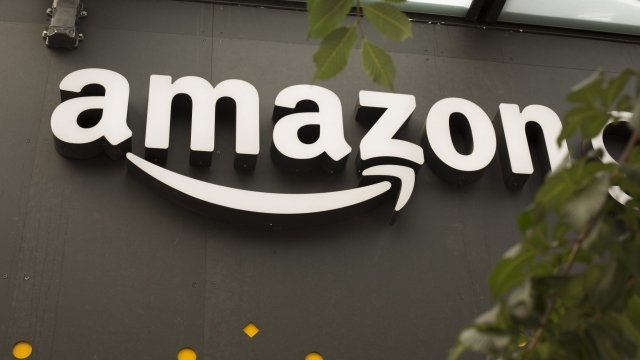 SMS
It's Official: Amazon Picks New York And Northern Virginia For HQ2
By Katherine Biek
By Katherine Biek
November 13, 2018
Cities across the country have been angling to be chosen since Amazon first announced plans to build the second headquarters more than a year ago.
SHOW TRANSCRIPT

It's official: Amazon announced Tuesday that its highly anticipated new headquarters will be located in New York City and northern Virginia.

The online giant plans to build offices in Long Island City, which is a neighborhood in Queens, and in Arlington, which is just outside Washington, D.C.

Cities across the country have been angling to be picked since Amazon first announced plans to build its second North American headquarters more than a year ago.

Amazon was looking for locations similar to Seattle — home of its original headquarters — suburban or urban areas with direct access to mass transit, proximity to a major airport and populations of more than 1 million people.

And an area close to Washington, D.C., was reportedly always high up on the consideration list since Amazon CEO Jeff Bezos owns the Washington Post and has a home there.

There were also tax breaks to consider — Amazon says so long as it creates 25,000 jobs in each headquarters location, it's expected to receive more than $2 billion in tax incentives.

Amazon also announced Tuesday that it intends to create 5,000 jobs in Nashville, where it'll build its Eastern U.S. regional hub for its retail operations division. Hiring for all three locations is expected to start in 2019.