Amazon Owns A Patent For An 'Airborne Fulfillment Center' 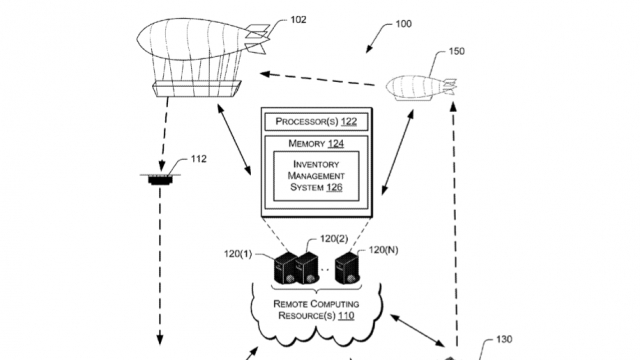 Amazon conducted its first drone delivery earlier this month. But it's apparently already planning ahead for when a drop by drone is Amazon's go-to delivery method.

This is Amazon's concept for an "airborne fulfillment center." Think of it as a warehouse way up in the sky.

According to the patent application, the fulfillment center would house items available for purchase on the website. Drones carrying orders would be deployed from the center. Once the drones made their deliveries, they'd then fly to a location to be sent back to the airborne center.

The patent application says using an airborne fulfillment center and drones to deliver items would use less power than if a drone were to be deployed from a facility on the ground.

Smaller shuttles would deliver the drones, items to restock the warehouse and employees to the aerial fulfillment center.

While Amazon is continuing to expand the number of traditional brick and mortar fulfillment centers, an aerial facility would allow the company to shift the warehouse's location based on weather or demand. 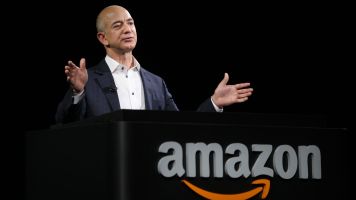 The United States Patent and Trademark Office awarded the patent to Amazon in April. But it was just recently uncovered by a tech analyst at CB Insights.

Amazon has apparently been thinking up the "airship warehouse" for a while. It filed the patent application in December 2014.

But there's a long way to go before a hovering Amazon warehouse could become a reality — if it even ever becomes one. 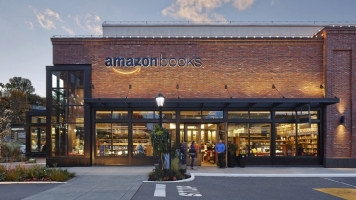 Amazon Has Brick-And-Mortar Bookstores — And They're Expanding