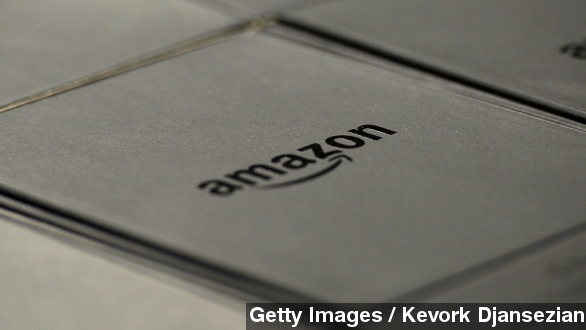 SMS
Amazon Offers Haggling On Fine Art, Collectibles
By Erik Shute
By Erik Shute
December 9, 2014
You can now make an offer on some items on Amazon in a new option the site is providing customers.
SHOW TRANSCRIPT

Amazon’s new pricing feature allows you to buy collectibles in the style of Don Corleone himself.

“I’m going to make him an offer he can’t refuse.”

The “Make an Offer” service is a new way for Amazon’s buyers to find the lowest price by bargaining and haggling. The feature, which rolled out Tuesday, is initially available on 150,000 collectible items and art. Think: signed baseballs and Picassos.

Amazon explains in a press release the idea for “Make an Offer” came from a survey of customers who asked for the option.

"'Make an Offer' delivers that functionality and makes customers feel confident they are getting an item they want at the lowest price possible."

However, as several media outlets pointed out, Amazon could be making a grab for market share among sites like eBay.

From a business standpoint, TechCrunch sees the retail giant’s logic, saying, “This gives also buyers somewhat more transparency on pricing, and keeps the negotiation within Amazon’s walled garden rather than being taken offline, where Amazon would get no commission, or finished before a sale is made.”

Amazon also noted Make an Offer doesn’t turn the sale into an auction. Instead, buyers can make virtual closed-door deals with sellers, and when an agreement is reached, they can add the item to their cart for that price. Amazon believes it’s simply replicating the way the memorabilia industry operates in the real world.

Sellers within the collectibles business seem to be behind the idea too. One memorabilia store owner told Amazon the new feature could add transparency with buyers, foster loyalty, and of course increase sales. He said, "It will be like a Black Friday sale 365 days a year.”

Are there any pitfalls to the idea? Well, you won’t be able to barter for a $10 DVD of "The Godfather." Sellers can only enable the feature for items with a value of $100 or more. Find out more about the service by visiting amazon.com/makemeanoffer.