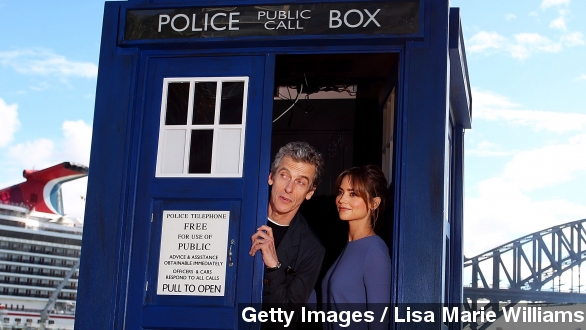 SMS
Amazon Nixes 'Dr. Who,' BBC Shows To Grow Exclusive Content
By Ben Lawson
By Ben Lawson
January 31, 2015
Amazon will not renew its contract with the BBC the company looks to focus on exclusive content.
SHOW TRANSCRIPT

It's a sad day for "Doctor Who" fans using Amazon Prime. That show, along with almost all other BBC shows, will be leaving the streaming service next month.

Amazon is furthering its focus on exclusive and original content. Because of that, The Verge reports the company will not renew its contract with the BBC and its programming will be pulled Feb. 15.

It seems like a strange move. Amazon is essentially punishing viewers by removing content in hopes of reaching new business goals. Usually growing a business goes hand-in-hand with satisfying customers.

However, Amazon's desire for exclusivity shows a lot about the company's intentions for Prime.

Amazon has made clear it wants to carve more of a niche in the market than just mimicking the already established leaders: Netflix and Hulu.

Seeing as almost 60 million people already use Netflix, having the same content likely won't do much to attract people to Amazon Prime.

Prime even has a library labeled "Not on Netflix" and has managed to lock some quality programming into exclusive deals.

Amazon recently added FX's "The Americans" and NBC's "Hannibal"; the service also has a deal with HBO for a whole host of shows.

But there is one BBC show that gets to stay. Amazon managed to lock Sci-fi clone drama "Orphan Black" into an exclusive streaming deal.