Amazon Hits The Trillion-Dollar Mark, Catching Up To Apple 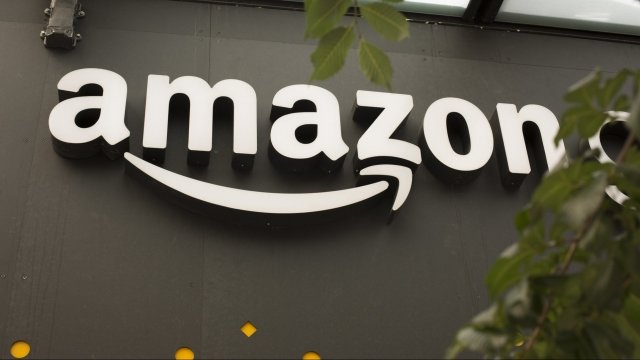 On Tuesday, it became the second publicly-traded U.S. company to reach the goal. Apple crossed the $1 trillion line in August.

The milestone comes after Amazon reported second quarter earnings that doubled investors' expectations, thanks in part to the success of its cloud business, Amazon Web Services, and advertising.

Since it was founded in 1994, CEO Jeff Bezos has taken Amazon from an online bookseller to an online retail giant that has its hands in various industries.  Last year, it jumped into the grocery business by purchasing Whole Foods Market. Amazon also announced a move into health care with the acquisition of online pharmacy PillPack.

The e-commerce company's success hasn't come without criticism, though. Experts have expressed concern that Amazon's hold on consumers shutters competition from other companies. It's also faced scrutiny from President Donald Trump, who claims it doesn't pay adequate taxes.

Earlier this year, Bezos hit a milestone in his own net worth. He became the richest person in history, surpassing Microsoft founder Bill Gates, according to Bloomberg's billionaire index.