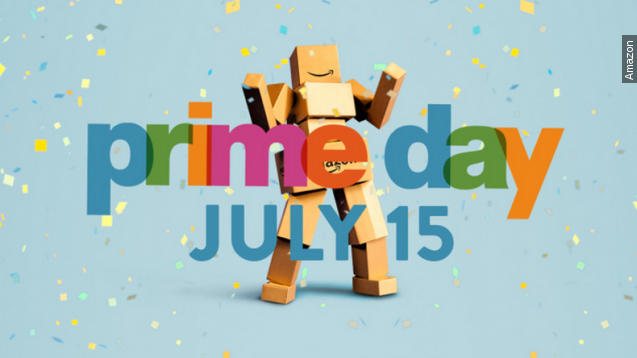 SMS
Amazon Creates A Prime Day For Nabbing More Members
By Jamal Andress
By Jamal Andress
July 6, 2015
While Amazon might be almost giving away items on its Prime Day, it could also be gaining thousands more Prime members, which is good for business.
SHOW TRANSCRIPT

"On July 15, it's Amazon Prime Day! One day only," said an Amazon promotional video.

In Amazon's never-ending quest to add as many Prime members as humanly possible, the tech giant has created its answer to Black Friday: Prime Day, another shopping holiday no one asked for.

Amazon is billing Prime Day as a celebration of the company's 20th anniversary and says it will be offered online in nine countries, including the U.S., U.K., Spain, Japan, Italy, Germany, France, Canada and Austria.

Amazon Prime's Vice President Greg Greeley says the one-day event will be "filled with more deals than Black Friday" and even called it "one of the biggest deals extravaganzas in the world."

Amazon has not specified whether Prime Day will be an annual event to go along with its Black Friday and Cyber Monday annual sales, but all signs point to this "Black-Friday alternate" being another tactic to bring in more Prime members.

With features like Amazon Prime same-day delivery, Prime Now and Prime Music the Seattle-based company has been working to make its premium service more appealing.

And while Amazon won't release an official count of its Prime members, according to a Consumer Intelligence Research Partners survey, more than 45 percent of Amazon customers in the U.S. have signed on for Amazon Prime. That's 40 million people.

What's more is this same survey found those Prime members spend on average more than double per year than non-members.

So while Amazon may be practically giving away some items on "Prime Day," it could be gaining thousands more Prime members — which could be a great return on investment.