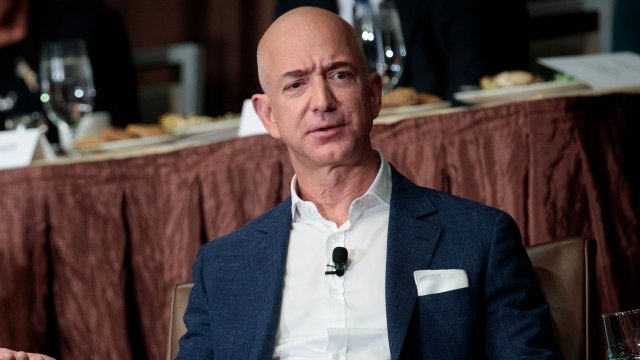 SMS
Jeff Bezos Expands On Plans For Humans To Live And Work In Space
May 30, 2018
Bezos says one day humans will have to leave Earth, and he's working on plans for how they'll live on the moon and work in space.
SHOW TRANSCRIPT

Amazon CEO Jeff Bezos recently provided a little more insight on the plans his other company, Blue Origin, has to colonize the moon and more.

During this year's International Space Development Conference, he told media outlet GeekWire humans will eventually have to leave leave Earth and that "it's going to make this planet better." He says people will still be able to come and go, but by then, Earth will have some restrictions.

In the meantime, Blue Origin plans to build a lunar lander that's capable of transporting five metric tons of cargo. Doing so, he says, is a crucial first step toward eventually colonizing the moon. Bezos would like NASA's help with the lunar lander project, but says his company plans to build it either way.

"But we could do it a lot faster if there were a partnership," Bezos said.