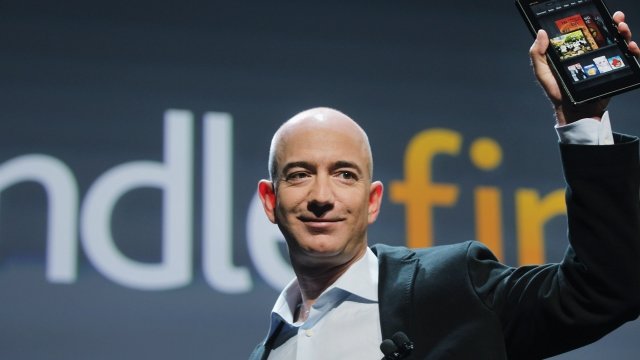 Bloomberg's billionaire tracker clocked Bezos' net worth Monday at about $105 billion. That's thanks to rising Amazon shares and the fact he owns almost 80 million of them.

Those numbers also put Bezos squarely above the now-former richest person, Gates. Bezos briefly grabbed the title in July and took over again in October.

It's worth noting Gates would still easily be on top if not for his charitable contributions. Bloomberg reports Gates has given away hundreds of millions of Microsoft shares over the years, as well as a couple billion in cash.