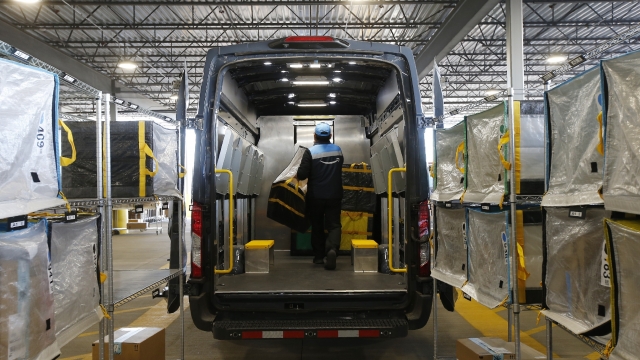 The company says it'll begin by testing "small numbers" of its front-line employees and then work its way up to possibly testing all of its workers.

Amazon is building its own lab to test its employees for the coronavirus.

The company says it'll begin by testing "small numbers" of its front-line employees and then work its way up to possibly testing all of its workers at a later date.

In a blog post, Amazon said, "A team of Amazonians with a variety of skills — from research scientists and program managers to procurement specialists and software engineers — have moved from their normal day jobs onto a dedicated team to work on this initiative."

Cases of COVID-19 have reportedly been confirmed at more than 50 of Amazon's facilities in the U.S.

In order to try to stop further spread of the virus, Amazon is now screening employees' temperatures when they clock in for their shifts. If someone is running a fever, they'll be sent home and told to return after they've gone three days without one. The company is also distributing face masks.

Those measures were implemented after warehouse workers and lawmakers criticized Amazon for not doing enough to protect its employees.