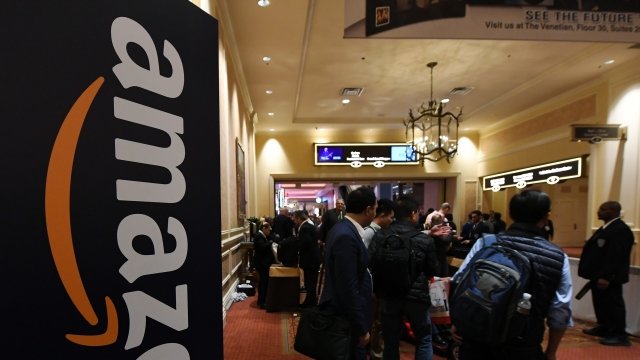 The ACLU and a number of other civil liberties organizations are asking Amazon not to sell its facial recognition software to police departments.

And according to a report from the ACLU released Tuesday, Amazon is actively helping governments deploy the system. The report says the software can identify, track and analyze people in real time.

It's that "persons-of-interest" bit that has the civil liberties groups worried. In their letter to Amazon, they raise the possibility that governments could target "suspicious" groups such as undocumented immigrants or black activists. They also worry about the implications of mass facial recognition "at a time when Americans are joining public protests at unprecedented levels."

For its part, Amazon doesn't just market the software to police departments or other government agencies. Rekognition's page includes testimonials from social platform Pinterest and mapping company Here, among other services.