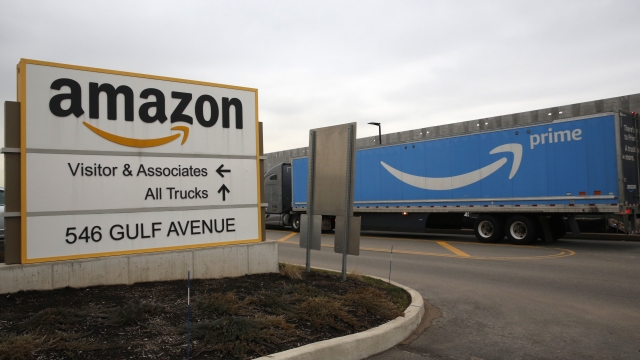 The retail giant reported it came up short on revenue projections last quarter because of supply chain problems and labor shortages.

Amazon isn't just grappling with the easing of pandemic-induced shopping splurges. The online retail behemoth is also contending with surging costs as it navigates a snarled supply chain and labor shortages.

Those challenges resulted in Amazon reporting a shortfall Thursday in third-quarter profits and sales. It also led the Seattle-based company to deliver a holiday sales forecast that was below Wall Street expectations.

The issues are the latest twist that Amazon has had to confront since the beginning of the pandemic in the spring of 2020. Amazon was one of the few retailers that has prospered during the COVID-19 outbreak: As physical stores selling non-essential goods temporarily or permanently closed, homebound people turned to Amazon for everything from groceries to cleaning supplies.

During the third quarter, Amazon incurred nearly $1 billion of extra costs tied to wage increase and incentives. It said its average starting wage is now more than $18 with an additional $3 per hour depending on shifts in different locations and signing bonuses that can be up to $3,000.

In addition, it saw inflationary pressures in raw materials and services such as steel and third-party trucking. Amazon ran into another $1 billion of costs tied to lost productivity and disruption in its operations.