Amanda Knox Shares She Struggles With Flashbacks From Prison 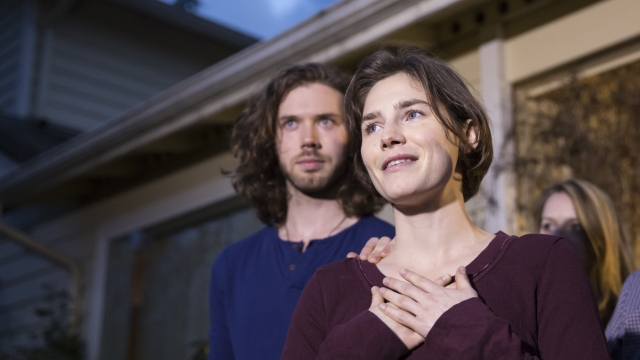 Amanda Knox is sharing insight into her world and her daily struggles since she was imprisoned in Italy years ago.

Knox has been writing a weekly column for the West Seattle Herald for months. Her latest issue, "Inappropriate Pain," describes how a kidney infection gave her flashbacks to her time behind bars.

She writes the physical pain made her feel "estranged from the functional world of people uninterrupted by pain."

Even though her partner was there to comfort and care for her, Knox says her anxiety spiked and she had what she calls a "baby panic attack."

Knox made international headlines in 2007 when she was charged with murdering her roommate, Meredith Kercher in their shared apartment in Perugia, Italy. That started an eight-year legal battle in which Knox was convicted twice but ultimately acquitted by Italy's highest court.

She equates the sudden flashbacks to "springing a leak" but says she doesn't want those memories to disappear. Instead, she wrote, she prefers to use her memories as a way to empathize with others when they're going through a tough time.