Amanda Bynes: How Is She Doing Now? 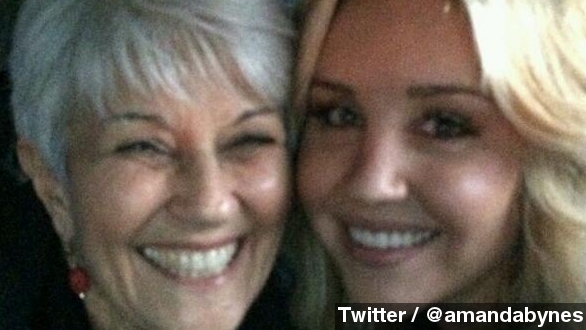 SMS
Amanda Bynes: How Is She Doing Now?

By Jasmine Bailey
March 24, 2014
This week, Amanda Bynes tweeted for the first time in awhile. She looks happy and healthy with her family by her side.
SHOW TRANSCRIPT

It's been awhile since we've been on the Amanda Bynes beat. About a year ago it seemed she was in the tabloids every other day for something completely off the wall.

​But after a court-ordered stint in rehab, the celeb seems to be doing a lot better. She looks great in her recent Twitter pics — which, by the way, are some of the only ones up after completely revamping her account.

​"Look, she looks so healthy. She looks normal and like herself again." (Via KABB)

Who doesn't love a good comeback story? Bynes, who's now a student at the Fashion Institute of Design & Merchandising in LA, moved in with her parents after leaving rehab last December.

Her mom, Lynn, was granted temporary conservatorship — which recently earned her praise from a judge. As a conservator, she's responsible for her daughter's welfare and finances. (Via Us Weekly)

After Bynes was released from rehab, it appeared as though she had difficulty coming to terms with everything that had happened.

Like the angel wings tattoo she's now getting removed from her forearm. (Via Daily Mail)

But mainly that particular tweet to a certain rapper. Yeah, that one. (Via Celebuzz)

But that tweet was just the tip of the iceberg. Twitter seemed to be just one outlet for the once-troubled star, who constantly picked fights with fellow celebrities. (Via Hollywood Life)

​​Everything really crashed down for Bynes when she was arrested in late May after she threw a bong out of her apartment window, according to police. (Via TMZ)

Her neighbors complained of her erratic behavior — smoking weed, talking to herself and staring people down. (Via People)

Then there was the whole gym thing. Yeah, weird, but it was never confirmed that was actually her. (Via YouTube / RandomAzzVideos)

Now, we're not going to harp on the past, even though I could continue for at least five more minutes. After all, everyone deserves a second chance, right?

But we've gotta wonder, what ever happened to the rap collaboration with Waka? Now, that would have been interesting. (Via E!)