On A Sloppy Track, A Last-Minute Favorite Wins The Kentucky Derby 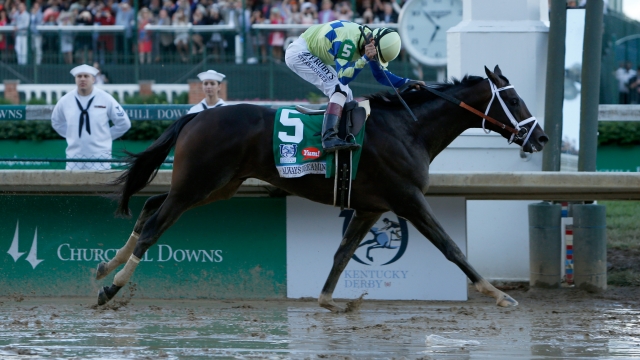 In the 2017 Run for the Roses, Always Dreaming out-galloped the competition and became this year's Kentucky Derby champion.

Always Dreaming didn't start out as the favorite but caught bettors' eyes as the race drew near.

That was money well-invested. Always Dreaming shot out to a big lead on the final stretch that left everyone else fighting for second.

The race was made a bit more difficult by rainy conditions, but the 3-year-old colt was able to push through the sloppy track.

Always Dreaming will now get ready for the second jewel of the Triple Crown, the Preakness Stakes. He will try to become the second Triple Crown winner in three years, following American Pharoah in 2015.