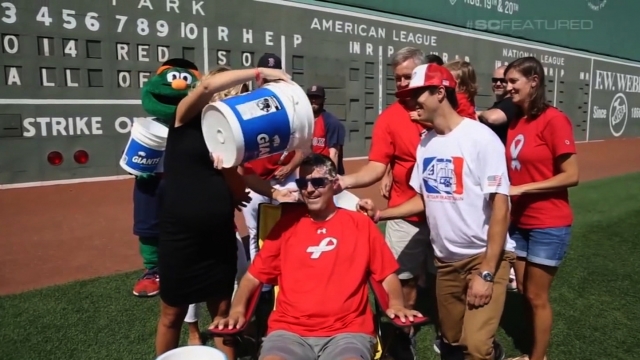 Peter Frates, the man who inspired the viral "Ice Bucket Challenge" to raise money for ALS research, has died of the disease at the age of 34.

Frates was a former Boston College baseball player who was diagnosed with ALS in 2012. He and two other alumni popularized the Ice Bucket Challenge to raise awareness and donations for the disease.

The challenge took the internet by storm in 2014. People would dump buckets of ice water over themselves and then challenge friends to do the same, while also asking for donations to ALS research. According to the ALS Association, it helped raise more than $115 million in just eight weeks.

ALS, also known as Lou Gehrig's disease, is a neurodegenerative disease that affects nerve cells in the brain and spinal cord, essentially reducing functionality of muscles.

There is currently no cure for the disease but according to the ALS Association, five new genes have been discovered since Frates helped the Ice Bucket Challenge go viral and more than 200 research projects have been funded with the donations.

A statement from the Frates family said, "Pete was an inspiration to so many people around the world who drew strength from his courage and resiliency. A natural born leader and the ultimate teammate, Pete was a role model for all..."

Frates is survived by his wife and daughter, along with a network of friends and family who call themselves "Team Frate Train." Their goal is to continue raising awareness of ALS and one day find a cure for the fatal disease.