Alphabet's Eric Schmidt To Step Down As Executive Chairman 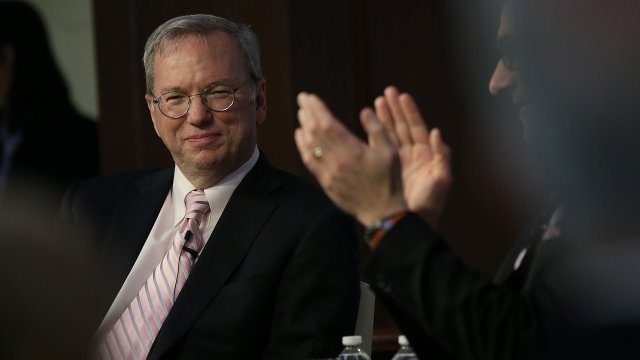 Eric Schmidt, the executive chairman and former CEO of Google's parent company Alphabet, will step down from his position in 2018.

Schmidt will continue serving on the company's board, and he'll also work as a technical adviser.

In a statement released Thursday, he said: "I've been spending a lot of my time on science and technology issues, and philanthropy, and I plan to expand that work."