Puerto Rico Restores Power To Almost All Of Its Residents 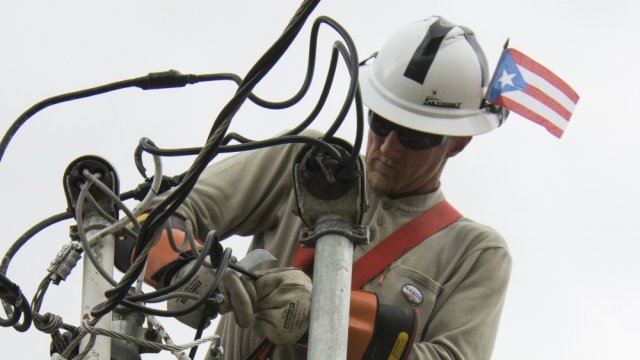 This is one of the very last families to get their power restored by the Puerto Rican government — at least for now.

They, like many others in the U.S. territory, have been without electricity since Hurricane Maria hit last September.

The Puerto Rico Electric Power Authority, or PREPA, says power has been turned on to all homes that can get power. Meaning some residents are still living in the dark.

PREPA says it was unable to restore power to some customers because their homes were damaged or destroyed.

Many residents in the El Yunque rainforest also remain without power because the utility company has not been granted permission from the U.S. Forest Service to put in new power lines.

The island is currently facing another hurricane season. And according to CNN, many residents are anxious they could lose power once again.