Almost 900 Adult Migrants In U.S. Custody Had Mumps In Past Year 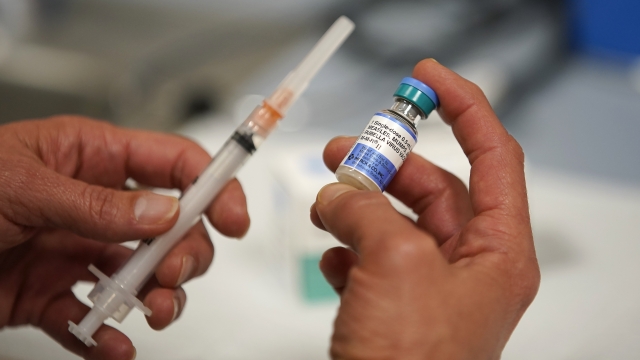 SMS
Almost 900 Adult Migrants In U.S. Custody Had Mumps In Past Year
By LeeAnne Lowry
By LeeAnne Lowry
August 31, 2019
It's not clear how the disease was introduced into immigration facilities or how it spread.
SHOW TRANSCRIPT

In the past year, a total of 898 adult migrants held in ICE custody were reported to have mumps. And, more than 80% of the patients were first exposed to the disease while in U.S. detention. That's according to the CDC's first report on mumps outbreaks in the immigration system.

ICE has dealt with contagious diseases, including measles, the flu and chicken pox, before. But it wasn't until last September that the agency recorded cases of mumps. The CDC reports 16,000 mumps cases in the U.S. since 2015, with the disease often spread in settings of close human contact.

The cases were reported in 57 facilities across 19 states since Sept. 1, 2018. More than half of the facilities are operated by private companies. Dozens of staff members were also diagnosed with the disease.

In June, Newsy reported 5,200 migrants in ICE custody were in quarantine after being exposed to mumps or chicken pox.