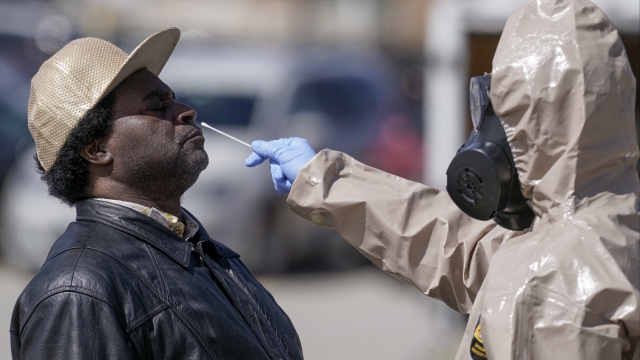 Nearly half a million people in the U.S. have reported new cases of COVID-19 over the past seven days, according to Reuters. And cases are continuing to surge nationwide.

The latest numbers from the COVID Tracking Project show Illinois reporting an increase in cases of nearly 10 percent over the past week. The governor there is taking action with new restrictions in several parts of the state, including Chicago.

Other Midwestern states are also seeing a spike. Wisconsin reported a single-day state record Tuesday with 64 deaths and more than 5,200 new cases.

In Alaska, cases are up almost 20 percent over the past week.