Almost 35,000 People Arrested Crossing The Southern US Border In June 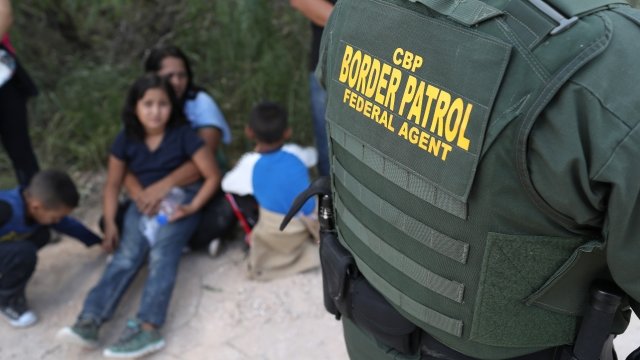 Almost 35,000 people were arrested crossing the U.S. southern border illegally in June, down from 40,000 arrests in May.

That's according to CNN who spoke to a source familiar with the arrest totals. The Associated Press reported very similar numbers. A spokesman for U.S. Customs and Border Protection told Newsy the department would release the apprehension numbers for June by the end of the week.

But it's difficult to pin down why there's been a drop in the number of arrests. The AP theorizes it could have something to do with seasonal trends. It could also be related to the Trump administration's "zero tolerance" immigration policy, which lead to children being separated from their families.

CNN notes that since 2000, there's usually been a decline in border crossings from May to June, but the size of the drop changes every year.

June's arrest numbers are preliminary, though, and could change.