Almost 2,000 AK-47s Were Discovered On A Stateless Fishing Boat 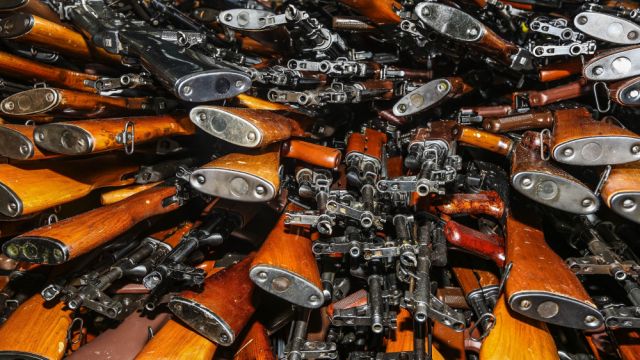 Thousands of weapons were discovered on a stateless fishing boat. Where did they come from?

So, a lot of weapons. But where did it all come from?

Well, the boat was stateless — not registered with any country — so we don't really know yet.

Initial reports suggest it was headed for Somalia. And one U.S. Navy official was quoted by CNN saying the shipment originated in Iran.

He suspected the shipment may have been going from there to Yemen to supply Houthi rebels fighting pro-government forces.

This video includes images from the Royal Australian Navy / ABIS Sarah Ebsworth and music from Frenic / CC BY 3.0.