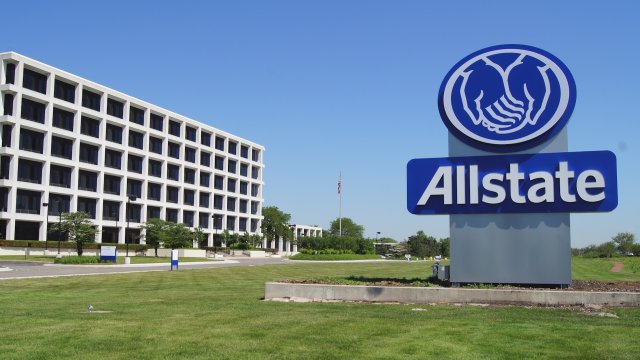 Allstate insurance company announced Monday that it will provide a “Shelter-in-Place Payback” of $600 million to its auto insurance customers after what the company now acknowledges is an “an unprecedented decline in driving” following coronavirus stay-at-home orders.

The major announcement comes after a Newsy report last week and emails in which Newsy asked if Allstate would consider “dropping insurance rates for policyholders now that there are significantly fewer cars on the road.”

Last week, both State Farm insurance company and  Allstate referred Newsy to the Insurance Information Institute. Sean Kevelighan, CEO of the Insurance Information Institute, said many insurers were allowing customers to put off paying insurance premiums, but he could not cite an example of a major insurer that was offering discounts due to the pandemic.

Kevelighan was also asked in last week’s report if there was a major insurer that would postpone the use of credit scores in determining premiums during the pandemic.

“I cannot name you an insurer that will do that at this point,” he said.

But now, Allstate says in a press release that the average auto insurance customer “will receive 15% money back based on their monthly premium in April and May." The company said the refunds will go to consumer bank accounts, credit cards or to their Allstate account.  The company said the fastest way to receive the refund is by using the Allstate mobile app.

Allstate also is offering free identity protection for a year to any customer who asks.

Also, American Family Insurance announced Monday it will give its customers $200 million back through a credit of $50 for every car their policyholders own. Bob Hunter, the former insurance commissioner of Texas, said he and the Consumer Federation of America have pushed for weeks for changes like this. Hunter said Newsy’s report last week applied pressure that the insurers could not ignore.

“You were the first big story out there, so I give you a lot of credit for what’s happening," he said.