Rescuers Recover Body Of Toddler Attacked By Alligator Near Disney 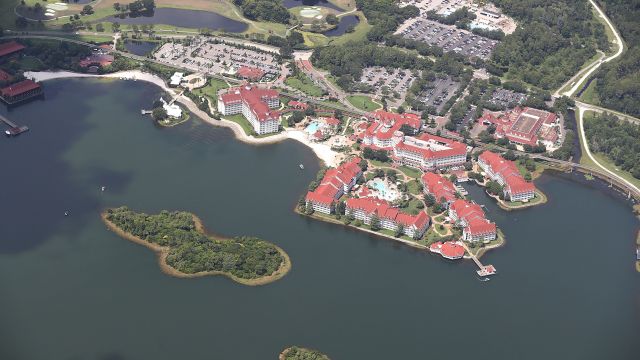 Search crews have found the body of a toddler dragged into a lagoon by an alligator.

The 2-year-old boy was grabbed from the Seven Seas Lagoon near the the Grand Floridian Resort in Orlando around 9:15 Tuesday night.

"The father was very nearby, and the child was playing in the water just a foot or so into the water, and the alligator came up and attacked," Orange County Sheriff Jerry Demings told the media.

The boy's family was visiting from Nebraska. His father jumped in to try to save him but was unsuccessful.

A team of more than 50 law enforcement officers aided alligator trappers and dive teams in the recovery of the boy's body.

A sheriff told media it was a "complicated effort" because the man-made body of water had "certain systems built in" and waters were murky.

NBC reports a trapper caught at least five alligators, killing each of them to search for remains of the boy. Officials say the boy's body was found intact and that it appears he was drowned.

Orlando has been a focus of the news in recent days. On Friday, a man shot and killed singer Christina Grimmie after an Orlando concert. And on Sunday, a gunman shot and killed 49 people and injured dozens more at one of the city's nightclubs.

This video includes clips from WKMG images from Chad Sparkes / CC BY SA 2.0 and Getty Images.