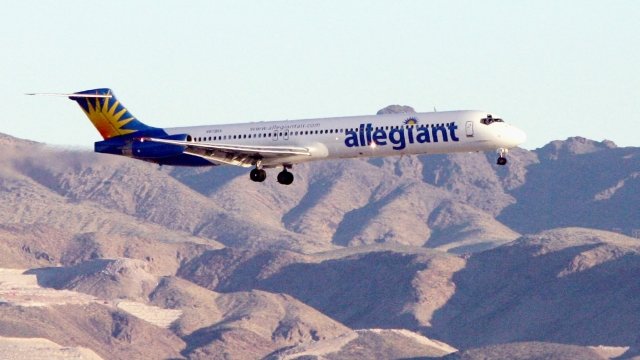 "60 Minutes" uncovered an unusually high number of emergencies on the airline's flights — things like failed engines or aborted takeoffs.

Seven months of investigation went into the report that aired Sunday night. Citing reports the airline filed with the FAA, "60 Minutes" uncovered an unusually high number of emergencies on the low-cost airline's flights — things like failed engines or aborted takeoffs.

Allegiant's response, in a memo sent to employees, called the "60 Minutes" report "inaccurate" and "deceitful."

The report included, among other examples, a 2015 flight where a pilot evacuated passengers from the plane after learning there was smoke in the cabin. Allegiant thought the evacuation was unnecessary and fired the pilot six weeks later.

Now, Allegiant says that pilot is pushing the story to CBS and paying one of the experts "60 Minutes" interviewed. CBS stands by its reporting and said the 2015 incident is "just one of the incidents detailed in the report."

Another one of the claims Allegiant made was that CBS was working with old information. The network denied that; the story addressed reports as recent at October 2017. The report does acknowledge a "sharp drop-off" in Allegiant service issues after the airline and the FAA knew they were working on the story.