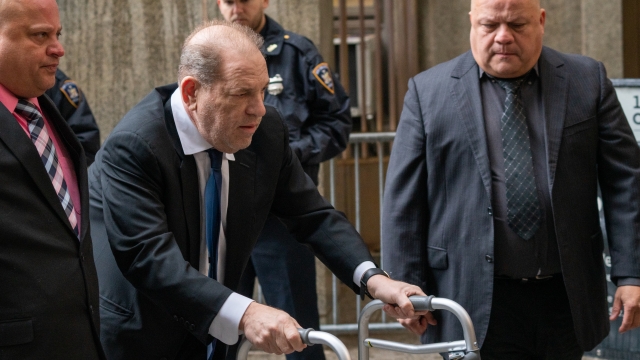 An alleged victim of Harvey Weinstein is rejecting his settlement offer.

In a statement, attorneys for the alleged victim called the settlement "shameful."

Weinstein and the board of his bankrupt film studio reached the tentative $25 million settlement agreement with dozens of his alleged sexual misconduct victims Wednesday.

The deal, which has to be approved by all parties and the court, leaves Weinstein off the hook for paying his his accusers himself. Instead, the payouts would come from his insurance company.

About half of that settlement money would reportedly go to some of Weinstein's company board members, his brother Bob Weinstein and legal fees. A little more than $6 million would be split among 18 victims. Some $18 million of additional funds would be set aside to create a victims fund. The deal doesn't require Weinstein to admit any wrongdoing.

Attorneys for the alleged victim said in the statement, "While we don't begrudge victims who want to settle, we plan to vigorously object to any provision that tries to bind victims who want to proceed with holding Harvey Weinstein accountable for his actions which is exactly what we intend to do."

But Time's Up COO Rebecca Goldman said that while the settlement is flawed, it could bring justice and relief to several of his alleged victims.