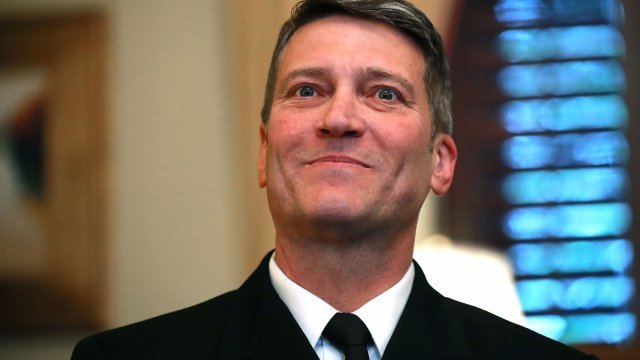 Senators are delaying the confirmation hearing of Rear Adm. Ronny Jackson as head of the Veterans Affairs Department following allegations of improper conduct.

It isn't clear what those allegations are or who lodged them, but both Republican and Democratic senators were concerned enough to press pause on Wednesday's confirmation hearing.

On the issue, Sen. Richard Blumenthal said, "I'm not going to comment on any of the specifics, except to say we're going to be doing very close and careful scrutiny."