All Troops Could Pull Out Of Afghanistan In 3-5 Years 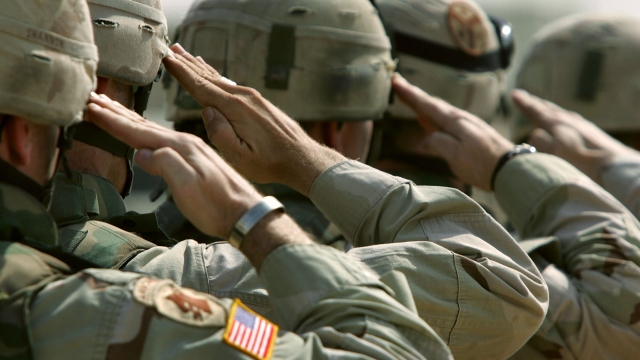 All troops could leave Afghanistan within three to five years, based on a new Pentagon proposal to the Taliban.

According to exclusive information obtained by The New York Times, the peace plan would cut the number of U.S. troops stationed in Afghanistan in half almost immediately, then all troops — including international — would pull out in the next three to five years.

Most U.S. troops stationed in the country are part of a NATO mission called Resolute Support. That mission is focused on training, advising and assisting Afghan forces.

The proposal reportedly went over well with NATO and U.S. officials, but officials warned The Times that President Trump could "upend the new plan at any time."

The negotiations — which started in Qatar on Feb. 25 — are the "highest-level" between the U.S. and the Taliban so far, according to The Times. The meetings are meant to hash out an agreement to get troops out of Afghanistan while also assuring the South-Central Asian nation won't be used as a "safe haven" for organizations seeking to attack the United States.