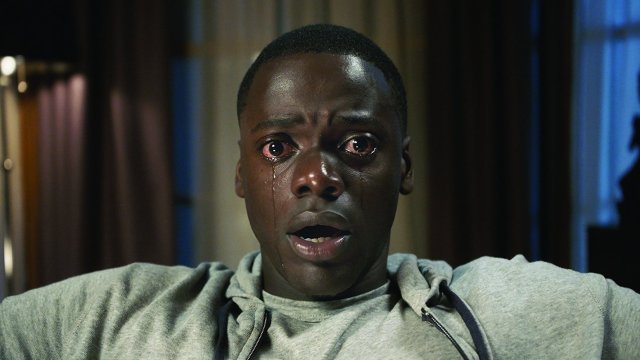 SMS
Here Are All The Ways 'Get Out' Has Made History This Awards Season
By Jamal Andress
By Jamal Andress
January 23, 2018
Aside from being the most talked about film of the year, "Get Out" has now been validated as one of the best films of 2017 during awards season.
SHOW TRANSCRIPT

You could easily make the case it was the most talked about film of the past year, but now the prestigious Academy of Motion Pictures has validated "Get Out" as one of the best films of 2017.

And that honor is just one of many historic highlights this "social horror-thriller" has accomplished this awards season.

First, the most obvious accolades go to Jordan Peele, who received a best director nod for his directorial debut. He's only the fifth black director to ever be nominated, and no black person has ever won the award.

But he did more than that: Peele is only the third director in Oscars history to be nominated for best picture, best director and best original screenplay in his directorial debut — he joins the short list with James L. Brooks and Warren Beatty. 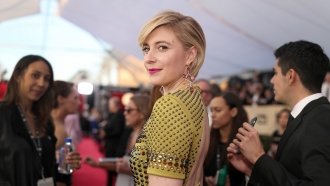 2 Women Made History With Their 2018 Oscar Nominations

"The Silence of the Lambs" is the only horror film to ever win the Oscar for best picture, doing so in 1992.

The iconic 1970s horror flick "The Exorcist" is the only other true horror film to be nominated for best picture  — putting "Get Out" on a very short list of nominees from the genre.

There are several other films ("Rebecca," "Gaslight," "Spellbound," "The Sixth Sense," "Black Swan") that could be considered horror films that have also been nominated for best picture, but those are more accurately categorized as thrillers or dramas.

Finally, we can't forget how much of a booming box office success "Get Out" was. Out of the best picture nominees, it's the second-highest grossing film, behind "Dunkirk."

But it was far and away the most profitable film in the category, making more than 50 times its production budget in ticket sales. Peele is also the first African-American writer and director to earn $100 million at the box office in his debut film.

Now, nominations are great, but wins are always better. You can tune in to ABC March 4 to find out if "Get Out" will make it out with any golden statues.