All The Excuses You Need To Visit Dallas 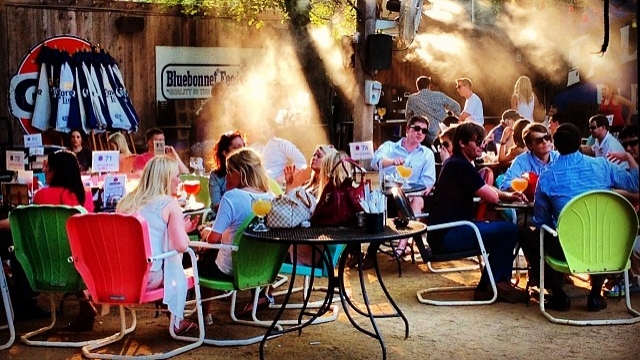 A place where food, nightlife and excitement can rival that of some bigger, more expensive cities.

So you need a vacation and you want to have fun — without draining your life savings. Lucky for you, a 2015 study showed the reasonably priced Dallas-Fort Worth area is the booziest metropolitan.

And with good reason. The city's nightlife rivals larger cities, like Miami and New York. Avenu Lounge ranks at No. 20 on Nightclub&Bar's Top 100 nightclubs of 2015.

During the day, residents head to outdoor bars, like The Rustic and Katy Trail Ice House — where a cider-based drink called a Firebox is a favorite.

And we haven't even gotten to the food. Between food trucks like Ruthie's and institutions like Al Biernat's, good luck eating your way through the city.

The Red River Rivalry at the Cotton Bowl is another must-see Dallas event. Besides, nothing says "Texas" like a football showdown between the Texas Longhorns and Oklahoma Sooners. (Video via State Fair of Texas)

And bonus! That game falls during the State Fair of Texas, so you can meet Big Tex. He's the massive 55-foot statue that's been the symbol of the festival since 1952.

Just make sure you have empty stomach when you go. Personal suggestion? Deep-fried Sriracha balls because who knew condiments could be fried?

And if after devouring every deep-fried food imaginable you want to work it off, check out the actual Katy Trail, a 3-mile trail running through the heart of the city.