All Female Senators Call Out 'Inaction' On Sexual Harassment Policies 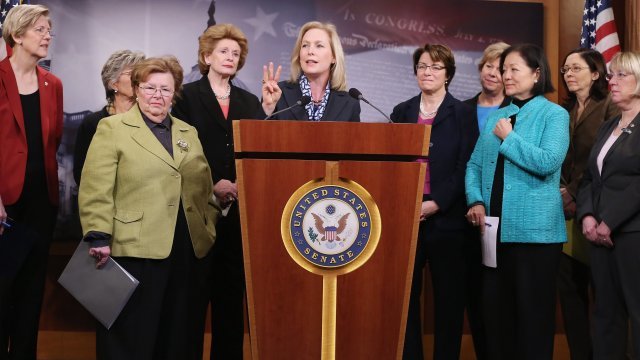 In a bipartisan effort, the 22 senators signed a letter addressed to congressional leaders.

Every female senator has signed a letter calling out "inaction" by congressional leaders on reforming sexual harassment policies for its members. The bipartisan effort was spearheaded by Sens. Amy Klobuchar, Kirsten Gillibrand and Patty Murray.

The letter, signed by all 22 female members and addressed to Senate Majority Leader Mitch McConnell and Minority Leader Chuck Schumer, says the Senate's "inaction stands in stark contrast to the bipartisan effort in the House of Representatives."

In February, the House made sweeping changes to cut down on harassment. It banned relationships between lawmakers and staff, created a legal support office for those who make claims of sexual harassment and required lawmakers who settled claims to pay out of their own pocket. Under old laws, taxpayers footed the bill for paying out settlements.

The Senate has yet to follow suit. The legislation that would have done so was also left out of the spending bill recently passed by Congress.