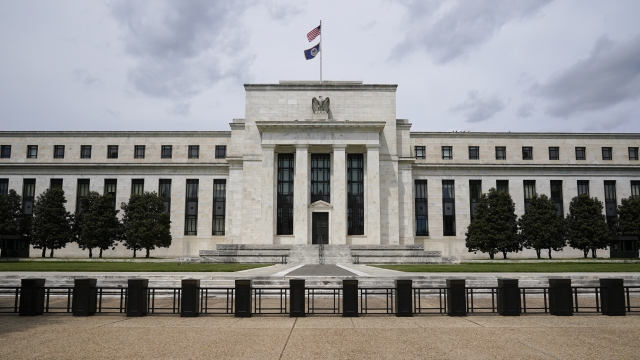 When it comes to a crippling recession, some experts say it's no longer a matter of if, but when.

The fate of the U.S. economy is looking grimmer by the day, as eye-popping inflation doesn't show any signs of letting up at the grocery store, the gas pump, your favorite restaurant, everywhere.

"I think I was wrong then about the path that inflation would take," Treasury Secretary Janet Yellen said.

And when it comes to a crippling recession, some experts say it's no longer a matter of if, but when.

"We went through literally almost a decade without any kind of real recessionary period," said Sandy Baruah, CEO of the Detroit Regional Chamber of Commerce. "So the old days where there was kind of a predictable cycle of X number of years of growth followed by a year or two of recession, those days are out the window."

All eyes are on the Federal Reserve, as calls for action grow louder.

The board has a two-day meeting this week. And when they wrap, analysts say Fed Chair Jerome Powell could announce another interest rate hike.

Analysts believe this one could be a whopping 0.75%.

"The problem is that the Fed was late in fighting inflation and now they're kind of scrambling," Oanda Senior Market Analyst Ed Moya said. "And the opportunity to begin tightening was there. You can make the argument that they should've been raising rates at the beginning of the year."

It's an aggressive move that's sure to have big implications for American consumers, especially when it comes to investments and savings. And it won't help ease the pain in the checkout line, or at the pump.

But experts say rate increases will have a big impact in another area – the housing market.

"They will help cool that part of the market, which was scorching hot and the best performing part of the economy throughout the pandemic," Moya continued.

At the beginning of the year, the average 30-year mortgage rate sat at around 3%. It has since shot up to 6.13%, which is an extremely drastic change in such a short time period.

Still, we're seeing glimmers of hope — some signs that interest rates are starting to have their intended effect.

Some realtors are reporting a slowdown in demand for housing. And a fired-up President Biden said Tuesday he's "never been more optimistic" when it comes to the economy.

"The bottom line is this: And I truly believe we made extraordinary progress by laying a new foundation for our economy, which becomes clear once global inflation begins to recede," he said.