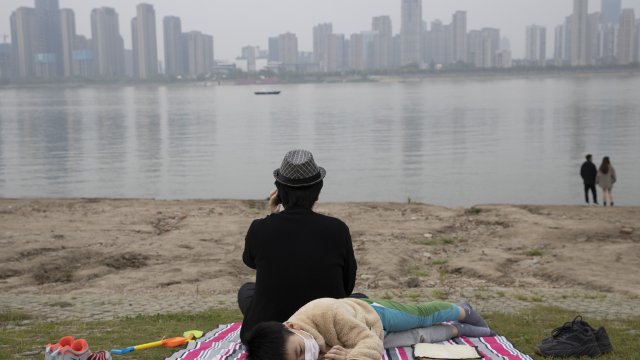 SMS
China Says All Coronavirus Patients in Wuhan Have Been Discharged
By Gage Jackson
By Gage Jackson
April 26, 2020
The city where the coronavirus is believed to have originated says hospitals have discharged all coronavirus patients and can return to normal.
SHOW TRANSCRIPT

Chinese health officials say there are no longer any remaining patients with the coronavirus in Wuhan hospitals.

The virus is believed to have emerged in a Wuhan market sometime in December before hastily spreading across the globe, developing into a worldwide pandemic.

A spokesman for China's National Health Commission said, “By April 26, the number of new coronavirus patients in Wuhan was at zero, thanks to the joint efforts of Wuhan and medical staff from around the country.”

He also said that as of Saturday, the proportion of imported cases was down by more than 50% compared to a week prior.

Strict lockdowns were implemented in Wuhan near the end of January as the city reported having more than 50% of all cases in China. So far, more than 4,500 people have died from the virus in the the Hubei province, according to data from Johns Hopkins, but many say that number is likely much higher.

An investigation by the Associated Press discovered that Chinese officials had actually waited six days before warning citizens of the outbreak.

The World Health Organization has since cautioned against countries issuing so-called "immunity passports" to recovered patients as it's still unclear whether people can be reinfected with the virus. For Newsy, I'm Gage Jackson.