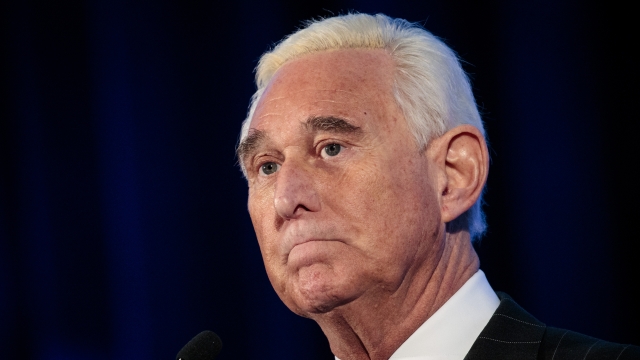 All four federal prosecutors in the Roger Stone case have withdrawn from the proceeding, with at least one of them resigning from their posts entirely following the Justice Department's plans to reduce his sentencing recommendation.

In a sentencing memo filed Monday, federal prosecutors recommended Stone serve between seven and nine years in prison. The longtime associate of President Donald Trump was convicted last year on charges including lying to Congress, witness tampering and obstructing Congress' investigation of Russian interference in the 2016 election.

But DOJ officials told news outlets Tuesday the department "was shocked" to learn of Stone's sentencing recommendation, as it "was not what had been briefed" to them. They said the Justice Department found the recommendation "extreme, excessive and grossly disproportionate to ... Stone's offenses."

President Trump criticized the sentencing in a tweet earlier in the day, calling it "a horrible and very unfair situation" and a "miscarriage of justice." The DOJ said it was not contacted by the White House in regard to the change, and that the decision was made prior to the president's tweet.

Stone is scheduled to be sentenced next Thursday.