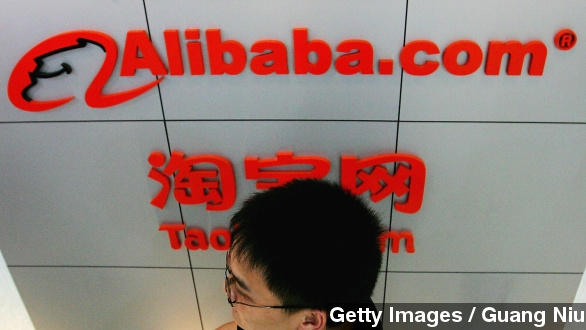 Residents in Beijing, Shanghai and Guangzhou can sign up to have a dose of ginger tea delivered by remote-controlled drone within an hour of ordering on Alibaba's Taobao marketplace. (Video via Youku / Taobao)

The test run is limited to the first 450 customers to sign up, and Tech in Asia notes they must live within a certain distance from one of Taobao's distribution centers.

And Silicon Republic reports Alibaba will install a middleman. Instead of a drone landing outside, users will get their tea "from a delivery person who is sent to intercept the drone, collect the order and then deliver it in person."

Alibaba's effort joins the well-publicized projects at Amazon and Google, both of which are experimenting with automated delivery aircraft. But commercial drones in the U.S. are still waiting on regulatory approval from the FAA, and Fortune reports Alibaba's drones in China might run into a similar problem.

"Like U.S. officials, Chinese regulators have been cautious about rapidly expanding drone capabilities in the country for reasons including security—China restricts the majority of its air space for military use."

So it's not surprising Alibaba officials described the drones as a "one-off" campaign to TechCrunch. "But the fact that Alibaba is testing drones is significant, and clearly a sign of the future."