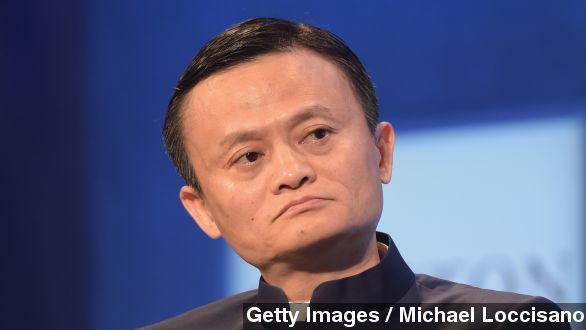 Every Chinese New Year, companies across China practice the tradition of gifting hongbao, or red packets filled with cash, to their employees.

You would think employees from a Chinese e-commerce giant such as Alibaba, which went public last September to the tune of $25 billion, would fare pretty well, right? Wrong. (Video via Alibaba)

Alibaba's CEO Jack Ma explained why his employees wouldn't be able to look forward to receiving the red envelopes Friday on his blog. A translation by The Wall Street Journal's Gillian Wong reads:

"Alibaba Group has not had exceptional results and not had any special surprises. ... Aside from going public, objectively speaking, we haven't been that satisfied with our results in 2014 that we should distribute red envelopes."

Harsh, yes, but not all that surprising. Here was Ma during an interview with Charlie Rose at the World Economic Forum in Davos earlier this year:

"So I told myself and people, we were better than people thought. But today, when we were are that big size, I said no, we are not that good as people thought. We are just a company 15 years old."

It's a sign of how seriously Ma takes his company's current position in the market. The fact the company missed expectations for 2014 probably didn't help, either.

The company has also faced increased scrutiny over its e-commerce business by China's State Administration for Industry and Commerce for supposedly selling fake goods and misleading customers. Alibaba has denied such reports.

An Alibaba spokeswoman told The Wall Street Journal that red envelopes are only one form of the company's remuneration packages and that employees will still be receiving their normal year-end payments.

This video includes images from SimonQ錫濛譙 / CC BY NC ND 2.0 and music from Broke For Free / CC BY 3.0.