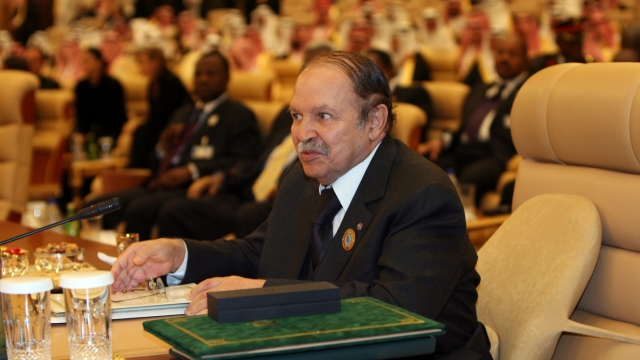 President Abdelaziz Bouteflika made the announcement Monday after weeks of protests against his candidacy. He also announced the country's April 18 elections would be postponed.

Bouteflika has led Algeria since 1999. Before that, he was its minister of foreign affairs from 1963 to 1979. He was the country's youngest minister at just 25.

Over the weekend, the 82-year-old reportedly returned to Algeria from Switzerland, where he'd been receiving medical treatment since late February. He had a stroke in 2013, and since then he's rarely appeared in public.

It's unclear when the next election will take place.