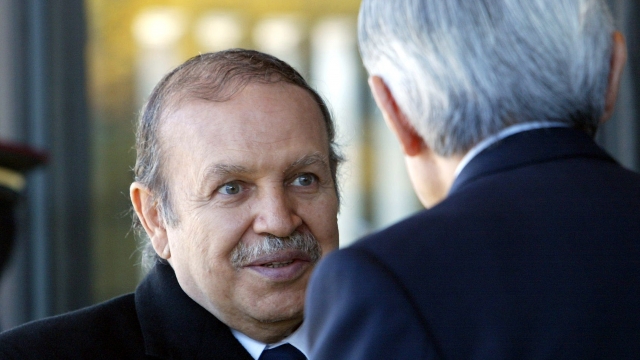 On Tuesday, the state-run Algerian Press Agency announced in a statement that the country's ailing President Abdelaziz Bouteflika has resigned following weeks of protests.

The 82-year-old's decision may have come as a surprise, since he'd previously announced plans to run for a fifth term. But the announcement of his re-election campaign was immediately met with widespread protests, leading Bouteflika to withdraw from the race and the government to postpone the election.

Bouteflika first came to power in a 1999 election in which his victory was largely backed by the military, leading critics to say he won the presidency fraudulently. The election was so divisive that all the other candidates had boycotted the vote.

He was elected again in 2004, 2009 and 2014, amid continued claims that elections were not run entirely fairly. Recently, the president had been in poor health. He survived a stroke in 2013 that led to him largely vanishing from the public eye, and that led to rumors about who had actually been running the country in recent years.