#AlexFromTarget Trends Like Crazy, But Who Gets The Credit? 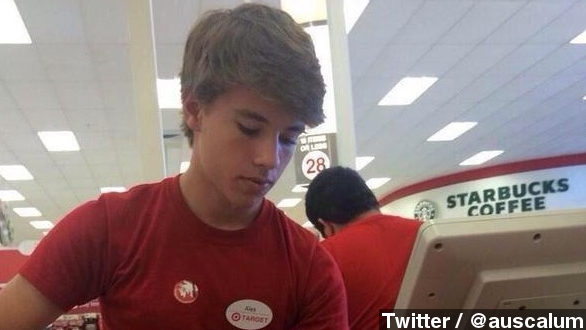 SMS
#AlexFromTarget Trends Like Crazy, But Who Gets The Credit?
By Jay Strubberg
By Jay Strubberg
November 5, 2014
All the hubbub around the teenage retail clerk who became an overnight internet sensation and the controversy of who gets credit for it.
SHOW TRANSCRIPT

Leave it to the power of social media to bring a teenage retail clerk out of relative obscurity and make him a viral sensation in less than 48 hours.

By now, you've might have heard of #AlexFromTarget. But you might have responded the same way we did when we stumbled onto it: uh, who?

With the aid of flocks of young female followers and retweets galore, this young man — this Justin Bieber doppelganger who happens to be a Target clerk — became an Internet star essentially overnight.

The quick rise to fame even landed him the opportunity to meet Ellen Degeneres.

And, guess what? The whole thing might have been a big PR hoax. And a pretty successful one.

According to the founder of Breakr, the company that claimed responsibility and espouses to "connect fans to their fandom" #AlexFromTarget was just a social experiment that took off.

In a LinkedIn post, he said the company aimed "to see how powerful the fangirl demographic was by taking [an] unknown good-looking kid and Target employee from Texas to overnight viral internet sensation."

That's all well and good but what's in it for Breakr if they did indeed pull off the stunt?

According to CNET, the company says it's in its infant stages but works with businesses to get a revenue kick back for the PR it generates. They also claim they're trying to iron out a deal with Target.

And Breakr says it's looking to keep the momentum going with a parody video as well. "You're just a cashier. I can do that. That's easy. That's the easiest job there is at Target. Chill. You do not deserve these followers. Oh my god!"

Now here's another layer for this bizarre viral story.

Mashable says while Breakr claims to be responsible for Alex's explosive run on Twitter, they don't have a lot of proof to back it up, as both the person who originally posted the trending pic denied working for the company and Alex says he had never even heard of them.

So there's obviously a big question to be resolved out of this one. Who is truly responsible? The LinkedIn post from Breakr claimed Alex had 2,000 Twitter followers before this stunt got underway. As of Tuesday night, he's at more than 577,000 followers. We gotta say, not bad no matter who gets the credit for it.