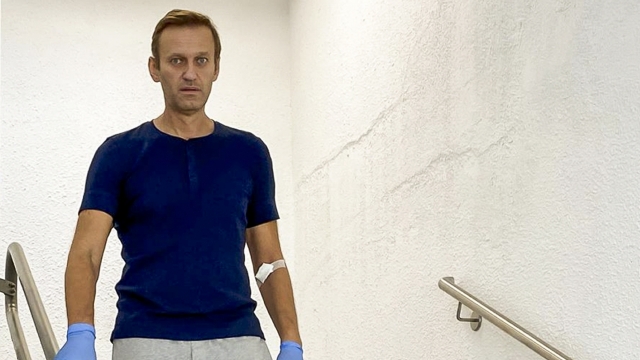 Russian opposition leader Alexei Navalny has been discharged from a Berlin hospital, where German authorities say he was recovering from poisoning. Navalny says Russia used a Novichok nerve agent against him last month, but the Kremlin has denied any involvement.

On Tuesday, Russian authorities denied Navalny's request to return the clothes he was wearing the day he fell ill. Navalny says the clothes were taken from him when he was flown from Siberia to Germany — and are key evidence in what happened to him.

A spokesman for Russian President Vladimir Putin responded to the request by saying, "we don't deal with clothes." He said Russian law enforcement has had difficulties investigating what happened to Navalny because German authorities haven't shared information with them.

The Russian doctors who first treated Navalny said he wasn't poisoned. And the Kremlin has upheld those results, saying they suggest Navalny's illness may have been due to something else.

Navalny's spokesperson has accused the Russian government of a cover-up, saying it's officially turned a blind eye to the incident. Still, the Russian spokesman wished Navalny a speedy recovery, and told him he's free to return at any time. Last week, Navalny's team announced he plans to return to Russia, despite any possible security risks.