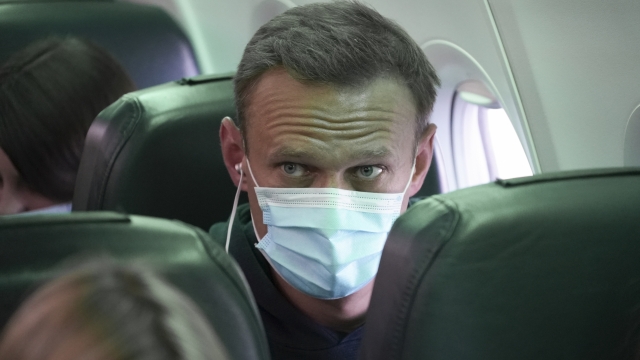 Leading Kremlin critic Alexei Navalny was detained at a Moscow airport after returning from Germany on Sunday.

He was detained for multiple violations of parole and terms of a suspended prison sentence. The prison service said he would be held in custody until a court makes a decision in his case.

Navalny has been recovering in Germany since August when he was poisoned with a nerve agent.

He has blamed Russian President Vladmir Putin, but Putin has said that if he had wanted to kill Navalny he would have. The Kremlin says Navalny was never poisoned.

Human Rights Watch called Navalny's return to Russia "a real act of bravery" in the interests of democracy. President-elect Biden's pick for national security advisor called for him to be released immediately.