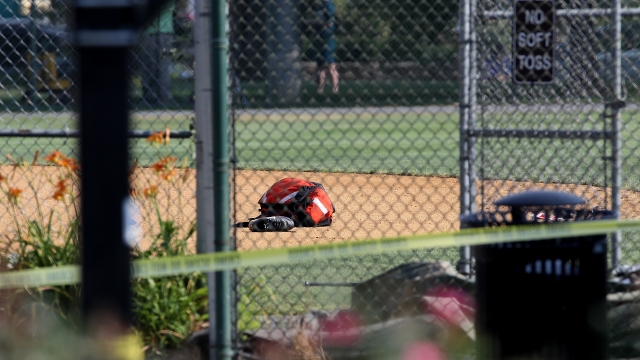 According to Brown, it took less than five minutes from the time dispatch received the first call to the time officers brought the gunman down.

Law enforcement officials identified the shooter as James T. Hodgkinson from Belleville, Illinois. The 66-year-old later died of his injuries.

"One of them actually went onto the field and got the individual to move down away from the third baseline towards home plate," Brown told reporters.

Hodgkinson reportedly starting shooting down the third baseline, wounding Scalise who was playing second base. Scalise, according to witnesses, dragged himself toward the outfield. 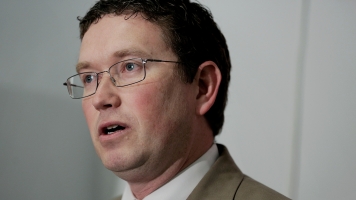 Brown said the officers and the shooter then took cover and engaged in a firefight.

Three Alexandria police officers arrived on the scene just over two minutes after the first call was received.

According to Brown, two ran without cover toward the firefight. The other officer positioned his car so he could take cover while engaging the shooter.

"She immediately started taking fire from the suspect, and she jumped out of the car without cover and moved towards the firefight," Brown said. "She was actually pinned down in the parking lot with a barrage of weapon fire from the shooter. ... That act alone probably, in my opinion, diverted the attention of the shooter away from the other officers, allowing them to get themselves in position to deal with the situation that took place."

Brown said that as soon as the gunman was down, officers began tending to the wounded.

Medics at two Alexandria fire stations heard the gunshots and responded before they were even dispatched.

"That's unusual bravery because that scene's not been declared totally secure," Brown said. "And they provided emergency medical services to the people that were injured on that field and could very well have saved a life or two. Had they waited, who knows?"