Ocasio-Cortez Pitched A 70 Percent Tax Rate. How Would That Work? 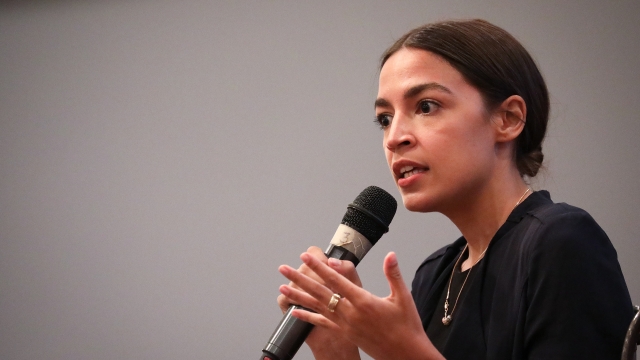 Freshman Democratic Rep. Alexandria Ocasio-Cortez threw out what some are calling a radical suggestion in an interview on "60 Minutes."

A 70 percent tax rate may sound high, but the U.S. has done it before. And it's been even higher.

But if you were subject to the highest rate, the government wasn't taking 70 or 80 percent of your income. The U.S. uses what's called a marginal tax rate, so the rate you pay adjusts as you make more money.

So going back to Ocasio-Cortez and her 70 percent tax rate idea — that rate would only apply to money someone makes over $10 million.

Based on the latest wage information from the Social Security Administration, that rate would apply to less than 3,800 Americans. Still, one expert told Politifact it could bring in an additional $72 billion per year — but of course that's before applying any deductions or exemptions.

This story is reported in partnership with PolitiFact and is part of an in-depth analysis show called “What The Fact” that airs Sunday mornings on Newsy.