This Candidate's Claim About Unemployment Is Way Off Base 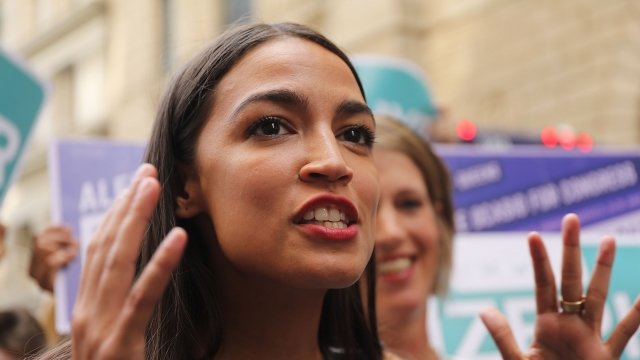 Alexandria Ocasio-Cortez, the woman poised to represented Queens and the Bronx in Congress, recently raised some eyebrows with an interview she gave to PBS.

That's not how unemployment statistics work.

The Bureau of Labor Statistics gets its unemployment figure by measuring the number of available workers without a job, and actively looking for one, against the people who have at least one job. You don't get counted twice if you have two jobs.

What's more, BLS says about 5 percent of employed people have more than one job. And it says about 4.8 percent of people working two jobs have two full-time jobs, which would require about 80 hours a week. That amounts to a teeny percentage of the workforce plugging away double time.

So the idea that people holding multiple jobs makes the unemployment rate misleadingly low is inaccurate and totally misrepresents how things work.