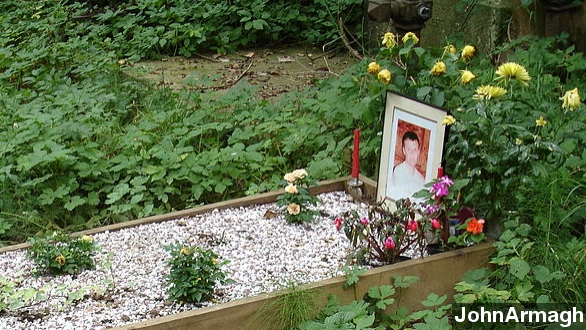 By Elizabeth Hagedorn
January 28, 2015
Alexander Litvinenko, a vocal Kremlin critic and ex-KGB spy, was poisoned in 2006. A British inquiry is looking into if Russia played a role.
SHOW TRANSCRIPT

This month, a British inquiry will investigate whether Russia is responsible. Here's what we know. (Video via Ukraine Today)

Litvinenko was part of Russia's Federal Security Service, or FSB. The FSB is the modern-day KGB. (Video via Kino International / "Poisoned by Polonium")

When Litvinenko left the service, he wrote this book.

In it, he claimed the FSB was responsible for the 1999 apartment bombings in Moscow, which left more than 300 people dead. (Video via National Film Board of Canada / "Disbelief")

Vladimir Putin was heading the FSB at the time and blamed the attacks on Chechen rebels. To this day, Russia's role in the bombings is disputed. (Video via HTB)

Litvinenko was tried for abuse of power, and in 2000 he fled Moscow for London, where he worked undercover for the U.K.'s intelligence service, MI6.

And 22 days later, Litvinenko died. On his deathbed, he blamed Putin. (Video via Kino International / "Poisoned by Polonium")

"He was able to speak, able to sign, he said, 'Putin was responsible for his death,'" Litvinenko's widow told BBC.

British police say he was poisoned with a rare and highly radioactive isotope called polonium-210 slipped into his teacup weeks before by Lugovoi and Kovtun.

"There are no grounds for speculation of this kind," Putin said. (Video via Euronews)

The public inquiry into his death is expected to reveal, for the first time, the forensic evidence police collected after his death. (Video via British Metropolitan Police)

Since 2007, U.K. prosecutors have been asking for Lugovoi and Kovtun to be extradited out of Russia, but Moscow's refused. Both men deny involvement in Litvinenko's death.

This video includes images from Getty Images and JohnArmagh and music from Kevin MacLeod / CC BY 3.0.