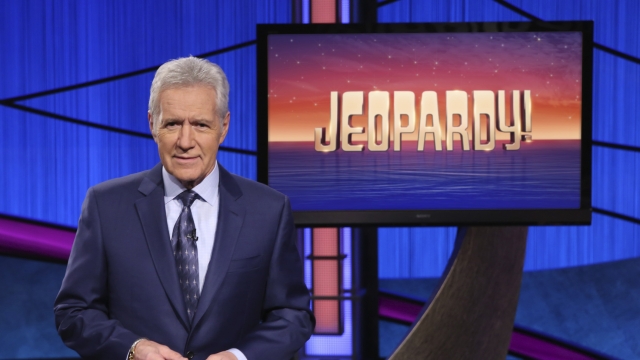 SMS
Alex Trebek Memoir Touches On Life, Career And Cancer Diagnosis
By Casey Mendoza
By Casey Mendoza
July 21, 2020
​The famed host is looking back on his life and career in a new memoir, "The Answer Is ... Reflections on My Life".
SHOW TRANSCRIPT

"Here is the host of 'Jeopardy!': Alex Trebek."

That's Alex Trebek back in 1984, hosting his very first episode of "Jeopardy!" Trebek had worked on other shows throughout the '60s and '70s, but the longtime host says his break on "Jeopardy!" was nothing short of luck.

More than three decades later, the famed host is still the face of the game show — and he's looking back on his life and career in a new memoir, "The Answer Is ... Reflections on My Life".

Alex Trebek: "During the break from the studio, I even wrote a book that will be coming out July 21."

Trebek starts off his book by saying he never wanted to write a memoir or even consent to an authorized biography. But that changed last year when he was diagnosed with stage 4 pancreatic cancer.

Trebek: "I'd also like to take this opportunity to give you a quick health update: I'm doing well. I've been continuing my treatment, and it is paying off, though it does fatigue me a great deal."

Trebek's memoir is broken up into short chapters, each titled like "What is…" questions on "Jeopardy!" The book goes into Trebek's childhood in Canada and his early jobs in the U.S., while other chapters muse on life, family and even emoji — specifically, what are they?

Writing more seriously about his cancer diagnosis and retirement, Trebek says he wants to keep hosting as long as he physically and mentally can. Despite the show's early summer hiatus and pandemic shutdown, "Jeopardy!" is making plans to return in September.

Trebek: "Meanwhile, my wish for all of you: Stay safe."