Alex Trebek Will Go From Host To Gubernatorial Debate Moderator 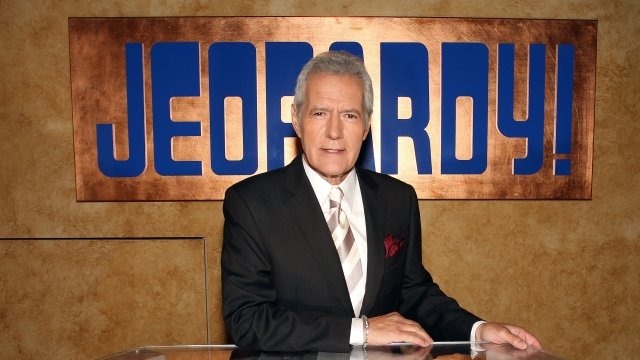 The "Jeopardy!" host might be getting closer to his goal of moderating a presidential debate.

Alex Trebek is going to moderate a gubernatorial debate, apparently bringing the "Jeopardy!" host one step closer to fulfilling his goal of one day moderating a presidential debate.

The Pennsylvania Chamber of Business and Industry said Tuesday it had invited Trebek to host the debate ahead of the state's general election.

The chamber's president may be a fan.

He said in a statement, Trebek's "background hosting one of America's most beloved television quiz shows make[s] him uniquely qualified to moderate what is sure to be a lively and informative gubernatorial debate."

When it comes to politics, Trebek has described himself as "a social liberal and a fiscal conservative." He'll moderate the 45-minute debate between Democratic Gov. Tom Wolf and the winner of Pennsylvania's upcoming GOP primary.

And in case you were wondering: No, the chamber says the candidates won't have to give answers in the form of a question.